One of the most disturbing aspects of borderline personality disorder (BPD) for many (but not all) who suffer is identity disturbance.  This phenomenon and my willingness to finally face it and disclose it to my psychiatrist was ultimately what led to me finally receiving an accurate diagnosis of BPD.  I realized and acknowledged that I really had no idea who I was apart from other people, and I had never truly developed a unique sense of self.  Instead, I took on the mannerisms, behaviors, and even the beliefs and values of whatever company I was keeping at the time.  And, while we all metaphorically wear different masks in different social situations (i.e., it’s healthy and expected that you would act differently with your boss than you would with your significant other), some with BPD seemingly become entirely different people from one setting to the next.  I know I did.  This is often why people confuse BPD with Dissociative Identity Disorder (DID), formerly Multiple Personality Disorder or “split personality.”

In BPD, though, it’s not that the self splits and there are multiple personalities, but the person with borderline personality disorder rather “takes on” what they see modeled for them in another person, and it is largely quite unconscious, hence the title of this post, Shapeshifting Chameleons and BPD. So, why do we do this?  When I look back, I remember feeling intrigued and curious about how I could so easily shift from one value system to another, one religion, political party, sexual orientation, school and career aspirations to another, at the drop of a hat, and then switch back, but I didn’t know how or why it was happening.

When I was a young girl, it behooved me to quickly adapt my mannerisms, behaviors, and beliefs to whichever adult was caring for me at the time.  This was especially true with my father.  I felt that I could be expressive and outgoing most of the time, but if my father came home in a foul mood and began taking out his anger and frustrations in the form of violence toward my mother, I became terrified. My father’s behavior, I believe, was largely responsible for me developing a very black-or-white, all-or-nothing view of the world: You’re in a good mood (you’re safe to be around)/You’re in a bad mood (you’re a danger to me). No time for shades of grey. Just survival.   I quickly shapeshifted into the person I thought my father needed me to be in any given moment.  I witnessed my mother change her demeanor and personality from outgoing and confident to quite the opposite. She did so quickly so as to try to calm my father down, and I mimicked this.  Another example is that I was severely bullied for a number of years in my childhood.  I would try to relate to the “cool” kids by adapting my mannerisms, interests, and behaviors to mimic theirs so that they would accept me and not hurt me.

So, I began “practicing” chameleon-like behaviors at a very young age, and I never stopped – until I learned I had BPD and began DBT.  That was the intervention I so desperately needed. Finally, something was working.  By learning and routinely practicing DBT Skills, I have grown to actual know myself – the real me – apart from the interests, values, preferences, mannerism, and behaviors of anyone else.  I honestly thought I would just always be that person who adjusted who she was to accommodate the next boyfriend, girlfriend, roommate, boss, etc… whoever I was trying to please, win the favor of, or get to like or love me in that moment.   If I could come from that place and now really, truly know who I am (and like and love her most of the time! :) ), I have hope for you, too!

So, who am I now that I know who I am?  (That sounds rather Dr. Seuss-ish!)  I’ll give you one example of something I know for sure about myself:

Can you relate to shapeshifting and chameleon-like behaviors?  What do you notice about your experience?  Are there any things you know for SURE about yourself?  Certain values that you are steadfast in no matter whose company you keep?

I hope this was helpful to you in some way.

I believe that finding meaning in pain is part of creating and building a life worth living, and this is a concept taught in DBT.  Part of my process and story is that I have gone through much pain, largely in part to having BPD, but I managed to overcome the disorder and no longer meet the criteria for the diagnosis. YES, this is possible. I now help people like us from around the world to have hope and to learn the skills that I learned.  You can learn more on my ABOUT page.

Want to join the discussion?
Feel free to contribute!

This site uses Akismet to reduce spam. Learn how your comment data is processed. 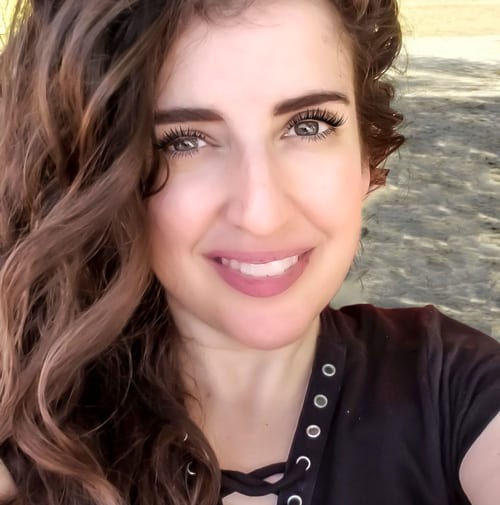 Hello there. My name is Debbie. For years I've been writing about my struggles with Borderline Personality Disorder (BPD). Now, I’m in recovery from BPD – I no longer meet the criteria for a diagnosis. I'm learning to thrive, not just survive as an emotionally sensitive person – and I want to help you feel encouraged that there is hope

You can learn more about my story on the about page.

We may request cookies to be set on your device. We use cookies to let us know when you visit our websites, how you interact with us, to enrich your user experience, and to customize your relationship with our website.

Click on the different category headings to find out more. You can also change some of your preferences. Note that blocking some types of cookies may impact your experience on our websites and the services we are able to offer.

These cookies are strictly necessary to provide you with services available through our website and to use some of its features.

Because these cookies are strictly necessary to deliver the website, you cannot refuse them without impacting how our site functions. You can block or delete them by changing your browser settings and force blocking all cookies on this website.

These cookies collect information that is used either in aggregate form to help us understand how our website is being used or how effective our marketing campaigns are, or to help us customize our website and application for you in order to enhance your experience.

If you do not want that we track your visist to our site you can disable tracking in your browser here:

We also use different external services like Google Webfonts, Google Maps and external Video providers. Since these providers may collect personal data like your IP address we allow you to block them here. Please be aware that this might heavily reduce the functionality and appearance of our site. Changes will take effect once you reload the page.